I’m an instructor on drones and in airplanes so I have lots of opportunities to teach aviation. Every once in a while, though, aviation flips right back around and returns the favour. Here are 3 lessons I’ve learned from drones and the stories behind them. 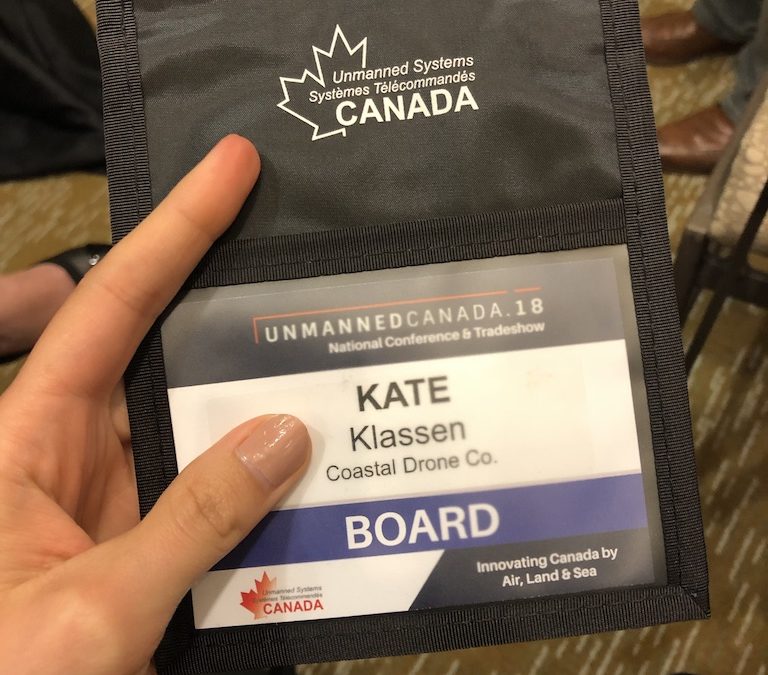 NOTICE: check out our new post about the rules that are now in effect!

At the end of October, Transport Canada presented a regulatory update at Unmanned Canada- Unmanned System Canada’s fall conference in Vancouver, BC. While specifics such as release dates for the highly anticipated regulations were not a part of the announcements, we saw some helpful details that paint a picture of what we can expect. From this, we’re able to illustrate the expected paths to compliance under the new framework.

Before continuing, please note that the information below is what we anticipate will become regulation. These regulations are not yet in force. Quick reminder on aerodromes. They are any area of land or water, including a frozen surface that is used, designed, prepared or equipped for the arrival, departure, movement or servicing of aircraft. It includes heliports, airports, bodies of water with floatplanes etc. The administration of the knowledge exams for basic, advanced and flight reviewer will be through Transport Canada’s online Drone Mangement Portal.  This tool will also enable drone registrations.

WHAT YOU SHOULD DO IF YOU…

…ARE A CURRENT STANDING SFOC HOLDER with an SFOC that expires before January 1, 2019

Renew your Standing SFOC as soon as possible.  You’ll be able to operate under your standing SFOC until you complete the new requirements to hold your RPAS certificate.

You probably won’t need to renew (particularly if the expiry is after, say, June 2019) if you get moving on your RPAS certificate requirements right away.

Get 3 applications + standing application in before the end of the year. If not, you may have some downtime while you gain your certification under the new framework.

If it’s reasonable for you to get 3 applications + standing application in before the end of the year, do that. If not, you may have some downtime while you gain your certification under the new framework.

We don’t know exactly when the regulations will come into force, but given the timelines and dates TC has set for themselves, this should play out throughout the spring of 2019.

I received a few great questions following the publication of this blog post.

1. What happens to current Ground School certificate holders? Do they have to take an additional exam or will they be grandfathered into the new process without an exam?

2. Will current ground school certificate holders have to take the flight school exam?

3. We have clients from all over Canada. Will they now have to find a local flight examiner?

4. We have a national standing SFOC (Complex) as do a few of our clients. Does this get replaced with a permit to fly in the future? 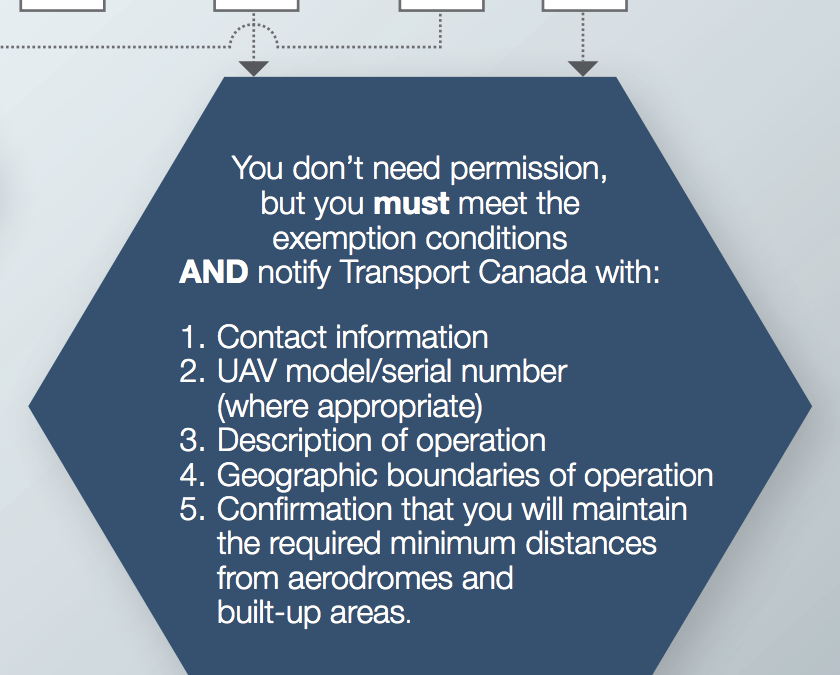 There’s a Canadian Aviation Regulation that says all UAV flights need to have an SFOC or Special Flight Operations Certificate.

602.41 No person shall operate an unmanned air vehicle in flight except in accordance with a special flight operations certificate or an air operator certificate.

To allow some low-risk fights to happen without needing to apply for and receive an SFOC, Transport Canada created two sets of exemption requirements – one for aircraft under 1kg and one for aircraft 1kg-25kg. Each list contains a set of requirements that, if all can be abided by, allow the flight to take place without needing prior approval from TC.

To fly under the exemptions, it’s first important to read the actual exemption documents rather than just the accompanying infographics.

While all the exemptions are important, the few that typically trip people up are

Once you’re sure you’re good to go under the exemptions, let TC know that you’re going to fly using the notification form. You don’t need to hear back from them before you go but they are using this information to get some stats on who is flying, how often and where. As well as probably checking to make sure people aren’t missing key pieces of the requirements.

So to recap:
1. Figure out the weight of your aircraft
2. Read the exemption requirements appropriate for the weight
3. Take any necessary steps to abide by the exemptions (training, etc)
4. Complete the notification form
5. Go flying!

If you find you’re unable to fly under an exemption, stay tuned for an upcoming blog post on the SFOC process and or check out the one about the future of drone regs in Canada.