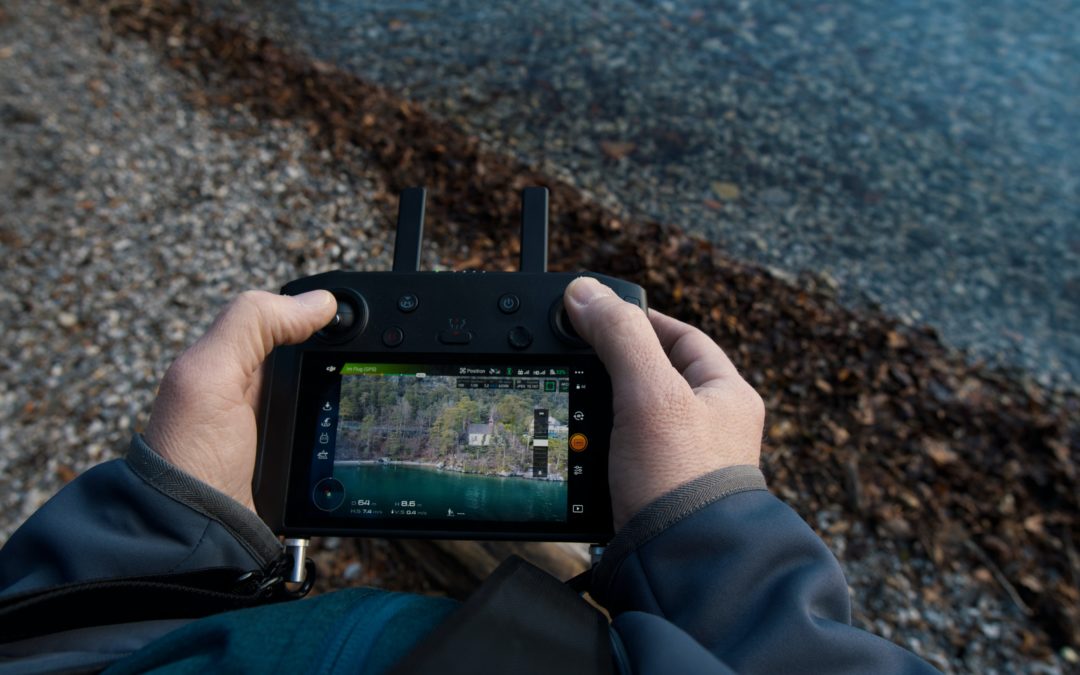 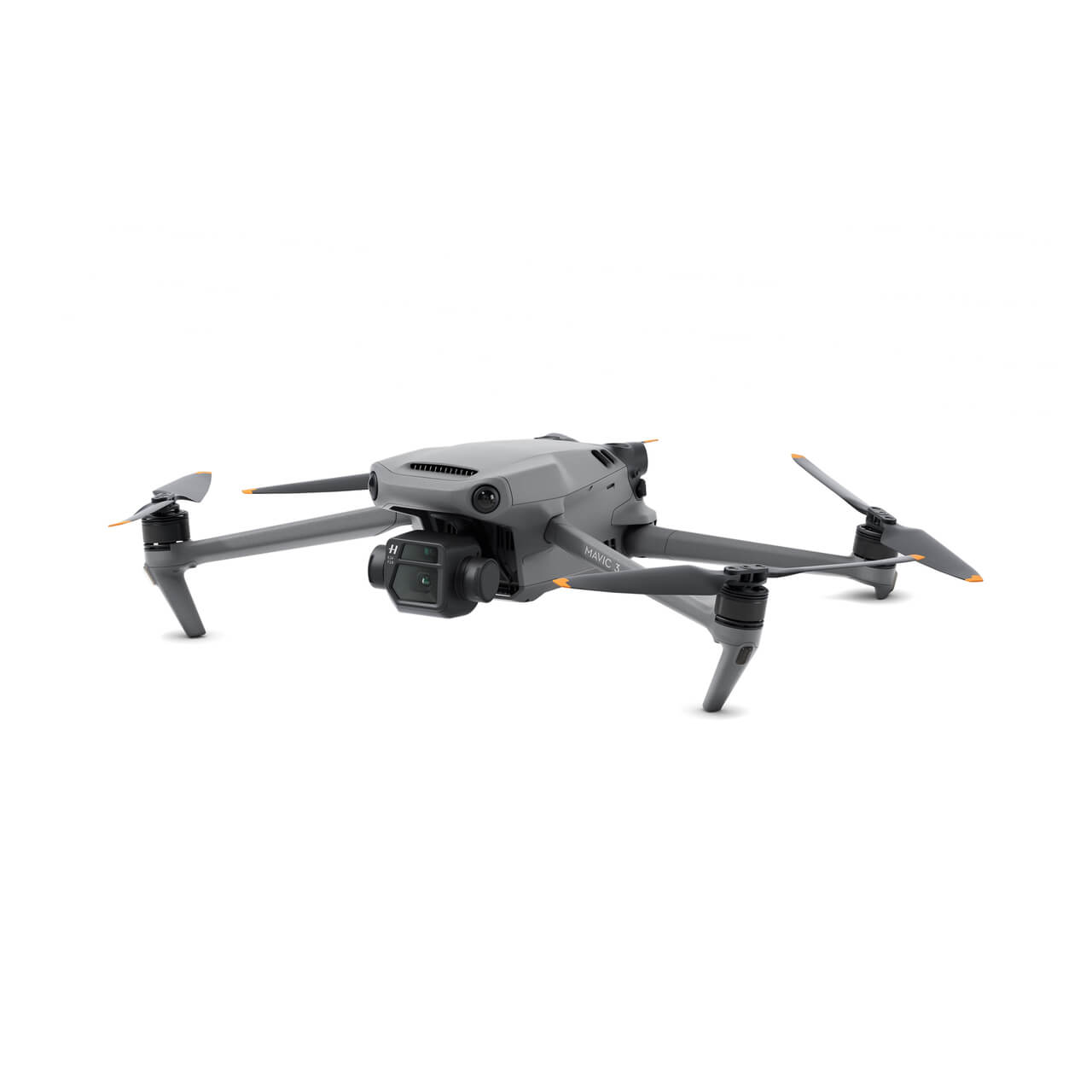 It’s been nearly four years since we saw a new drone from DJI carrying the words “Mavic” and “Pro” on the same piece of plastic, with the last do-it-all-and-then-some “Pro” drone sporting a folding airframe launching in 2018.  Today, DJI pulled the curtain back on their latest offering, the Mavic 3.  Dropping the “Pro” moniker, the new Mavic comes initially bundled in three flavors:  Base, Fly More, and Cine.

In the meantime leading up to today’s launch, we’ve seen a shift in product offerings from DJI and a movement into a more Apple-esque release cycle with a major release followed by a slightly refreshed offering 12 months later (The Mavic Air 2 in 2020, the Air 2S in 2021; the Mini 1 in 2019, the Mini 2 with a software update in 2020).

So, with 4 drone releases in the past two years, why hasn’t the Mavic Pro or Phantom 4 Pro seen as frequent a release cycle as other offerings from DJI?  Pure speculation, but if something isn’t broken, why fix it?  At the time of its release, the Mavic 2 Pro offered the largest sensor in a folding drone, 10-bit color, high resolution, and pro features that few other competitors were able to bundle into an appetizing price point.  Likely the closest competitor, Autel Robotics, came close with 6K resolution but failed to integrate the larger 1” sensor of the DJI offering until it launched the Evo 2 Pro in 2020.

Within DJI’s offering, trickle down capabilities started to present themselves in the Air 2 (loosely based on a Mavic 1 Pro airframe and sensor with updated software and ADS-B), and subsequently the Air 2S drones (a 1” sensor, 4K HDR at 60fps) which started to erode the consumer appeal of the still-more-expensive Mavic 2 Pro.  However, variable aperture, sideward obstacle avoidance and a Hasselblad-tuned color profile remained exclusive to the Pro series throughout.

So, bringing us to today, and the spec-for-spec comparison of the next installment in the Pro series, the Mavic 3, let’s compare the base offering.

Let’s get down to the meat and potatoes.  The Mavic 2 Pro sported a single 1” CMOS sensor camera that was roughly equivalent to a 28mm field of view on a full-frame camera, and shot stills at 20 megapixels, video at 4K / 30fps, and featured 10-bit Log profile footage at a maximum bitrate of 100mbps.  Not too shabby, for 2018.

With the Mavic 3, DJI has effectively melded the Mavic 2 Pro and the Mavic 2 Zoom into one drone, by combining two fixed focal lengths.  The main wide camera has been enlarged to a 4/3 sensor, roughly 1.7x larger than the outgoing 1” sensor, while maintaining 20MP digital resolution.  This means the pixel pitch has increased (the distance between each light sensitive pixel) which should mean reduced image noise at higher ISO speeds.

Originally rumored to have included a mechanical shutter on the wide camera, a feature previously exclusive to the Phantom 4 Pro series, it appears that the Mavic 3 will stick to an electronic shutter in both cameras.  Mapping operators will take note as the mechanical shutter would have allowed for reduced distortion when capturing nadir imagery for mapping and photogrammetry.  Despite the electronic shutter, it will be interesting to see if the Mavic 3 Pro takes the Phantom 4 Pro V2’s mapping crown with its increased flight time and sensor size, allowing for drone operators to capture larger areas between battery changes.

Switching to video, the resolution on the Mavic 3 has been bumped to 5.1K at 50fps, with a 4K bump to 120fps.  Maximum video bitrate has been increased to 200mbps for H.264 and H.265 format.  The “Cine” version of the Mavic 3 adds Apple ProRes 422HQ as a native recording format and a 1TB onboard SSD to capture the much higher bitrate 10-bit footage.   Of note, the high resolution and high frame rate formats appear to be limited to the wide camera only, with the telephoto camera being limited to 4K or 1080P at 30 frames per second.

APAS 5.0 touts omnidirectional (all directions) obstacle avoidance, and advanced return-to-home functionality.  In the past, Skydio has reigned king with dynamic obstacle avoidance in dense foliage, so increased sensor coverage is a welcome improvement but we will have to wait and see how it stacks up in the real world.

What I’m most intrigued about is the 4G connectivity dongle, and what that could mean for BVLOS operations down the road.

There’s lots more to cover in the coming days, including enhanced WiFi connectivity, a switch to the DJI Fly App, a beefier Ocusync 3+ transmission standard, and we’re excited to get our hands on one as soon as possible to share how it flies, and figure out any quirks that might come from a dual-lens setup.

If you’re looking to buy one, the Mavic 3 is now available for pre-order at Best Buy for $2669 CAD, with one battery, controller, charger, and a spare set of propellers, shipping November 30th.  Heads up, If you bundle our courses with purchase of a drone, you can save 40% at checkout.

The Mavic 3 Fly More combo, which includes three batteries, a battery charging hub, a set of ND filters, two sets of propellers and a nice carrying bag is $3639 CAD at Best Buy.

The Cine Premium combo, which includes everything in the Fly More combo, plus the onboard 1TB SSD and support for ProRes 422HQ, also includes the new RC Pro smart controller, and a second set of ND filters for $6049 CAD at Best Buy.

If you’re looking to buy one today, the Mavic 3 is now available on DJI.com for $2049 USD with one battery, controller, charger, and a spare set of propellers.

The Mavic 3 Fly More combo, which includes three batteries, a battery charging hub, a set of ND filters, two sets of propellers and a nice carrying bag is $2799 USD.

The Cine Premium combo, which includes everything in the Fly More combo, plus the onboard 1TB SSD and support for ProRes 422HQ, also includes the new RC Pro smart controller,and a second set of ND filters for $4649 USD.

What’s not included in any of the combos is the 15.5mm (35mm equivalent) Wide-Angle lens adapter, available for purchase separately at a price of $149 USD.